In the backyard of a suburban house, a small family has a thriving farming business, proving that with new techniques, downtown farming is not only possible, it can also be profitable.

“My favorite is herbs, cooking herbs and more specifically basil because it has a lovely aroma that if you just touch the plant you smell it and it just makes you want to go do something beautiful. in the kitchen “, explains Tinodaishe Violet Mukarati because it offers a tour of the “farm”.

Chinese cabbage, or bok choy, fancy red lettuce, and parsley grow neatly in tight, obedient rows, sprayed with recycled water through plastic pipes. There is no soil; the nutrients are supplied by the water and the produce is all grown on metal shelves, in greenhouses covered with plastic. There are three such greenhouses in the garden of the suburban house in Borrowdale, Harare. Welcome to the farm of the future. 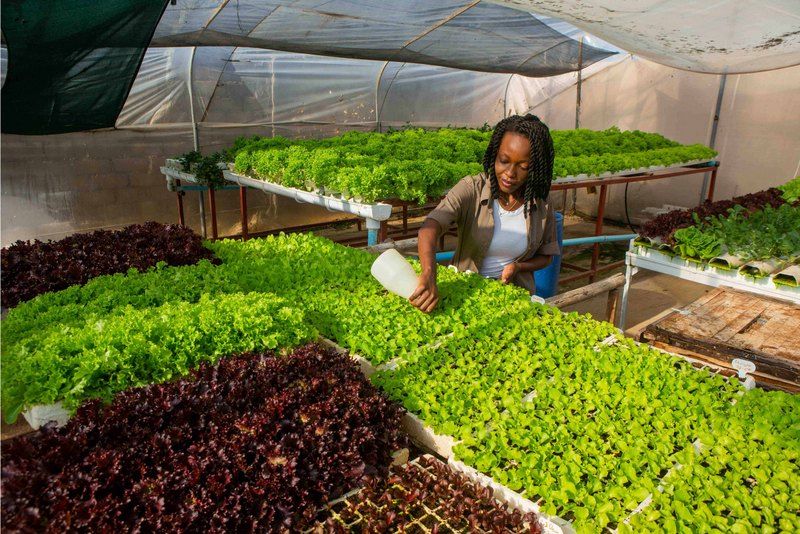 As if to prove that this isn’t a fun farm, a sign for the 160 Hydro Farm serves as the backdrop to a beautifully appointed display of healthy-looking vegetables with prices written next to it. Patrons of the farm store can choose vegetables from the carefully displayed items. A box is extra.

In addition to selling to customers at the farm store, the family sells to restaurants and supermarkets, with most of the produce sold at Harare’s Pamona Market. It is a small, well-run and successful business.

“In Zimbabwe we have a mentality that young people have, they think it takes a lot of land to be able to start a farming business, so that has been very good, you know with a little space you can produce a lots of vegetables and produce that you can use to generate income, ”Mukarati explained. 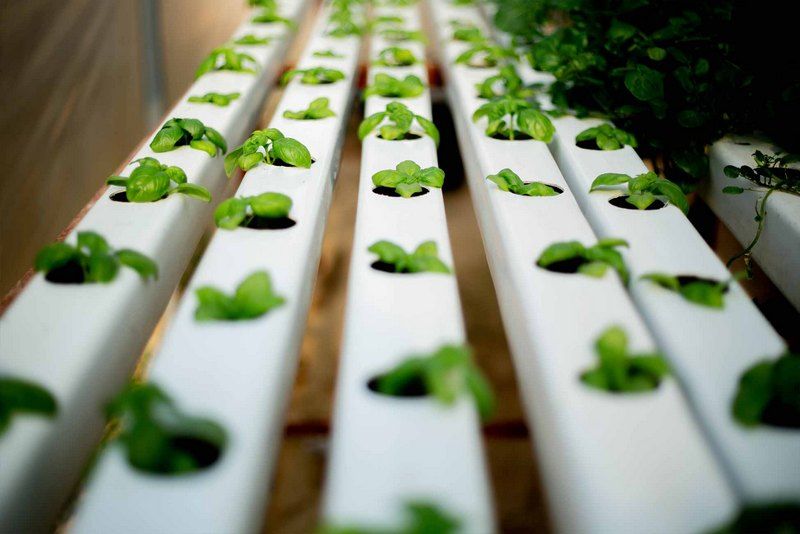 She is now on duty at the farm store and is also a farmer. The 28-year-old is the eldest of two daughters in a family of three. Mukarati’s mother, Venensia Mukarati, is an accountant and single mother who decided to start farming in 2017. A first foray into larger-scale farming on land far from the city soon proved unworkable.

While researching how she could grow closer to home – and find a way to attract her daughters into the business – Venensia stumbled upon hydroponics. Here, she decided, it was an option that wouldn’t require a lot of space and would allow for a much more practical approach, even for someone living in the city.

Many lessons later, plus some six thousand US dollars in investment, and the family has a thriving hydroponics business, with two main facilities, one on the grounds of the family home in Borrowdale and the other near the produce market. fresh Pomona in Harare. 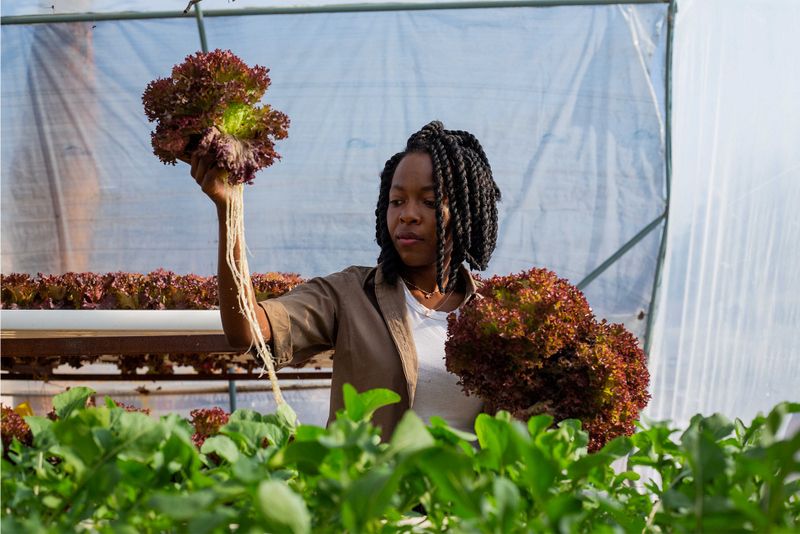 “Right now with our project, we have 4,500 plants per cycle. Before COVID-19, we earn around US $ 1,500 per month. However, the pandemic has really affected our income and we are now doing about more or less half of what we did before COVID-19, ”Tinodaishe explained.

Hydroponics is considered a kind of revolution in agro-industry, due to its ability to generate significant amounts of food in small spaces, while using systems and procedures that do not harm the environment. . As it can be practiced in soil-poor and high-density areas, it has become popular around the world as a way to grow food in city centers. However, as Tinodaishe Mukarati points out, getting started requires some planning and capital.

“To get started, we needed around US $ 6,000. It included the pipes, the greenhouse, everything we needed to get the project started, ”Tinodaishe explained. 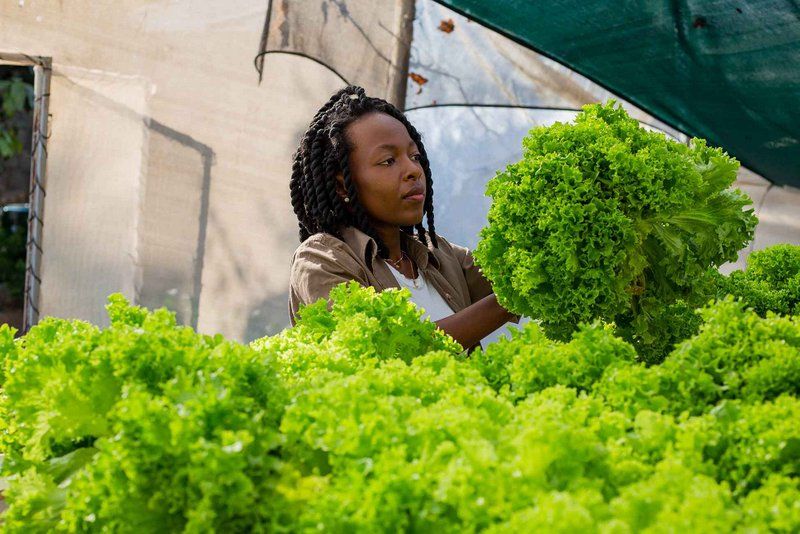 The business then expanded to three garden greenhouses and then to a commercial greenhouse, larger than the three garden greenhouses combined. There is, however, another role that the farm garden plays; the family turned it into a hydroponics training center. The farm regularly hosts groups of students eager to learn more about the commercial potential of hydroponics. Once again, COVID-19 has had an impact on the numbers, but there is still a steady stream of students coming through the doors.

“We teach young people. We teach from the age of 5… We also welcome school groups… Young people from rural areas of the local city and everywhere. They love it, young people have innovative ideas, they have so much to show us, so much to teach us, so many questions, ”added Tinodaishe. 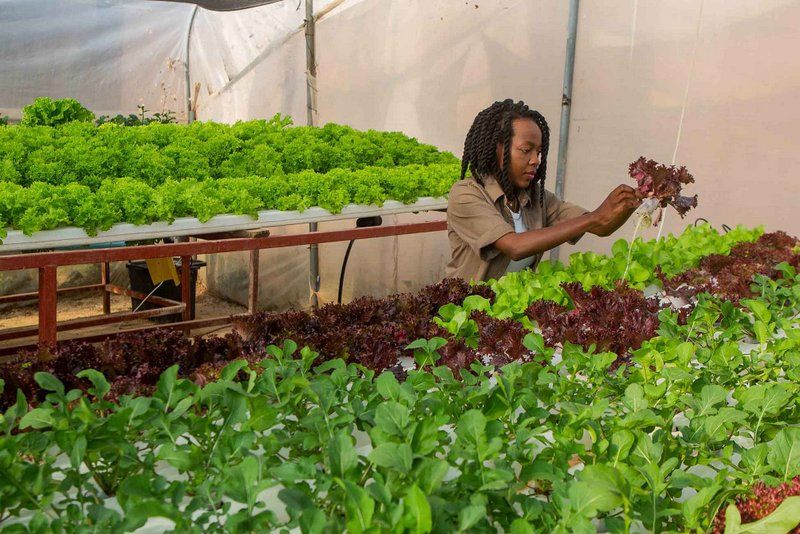 Venensia’s vision is of a company much more engaged in the actual production of food. And while there are risks attached to any entrepreneurial endeavor, the rewards are a more balanced society and less dependent on fragile food chains. The girls of Venensia are keen to advance this vision.

From the parking lot to the nourishing ...